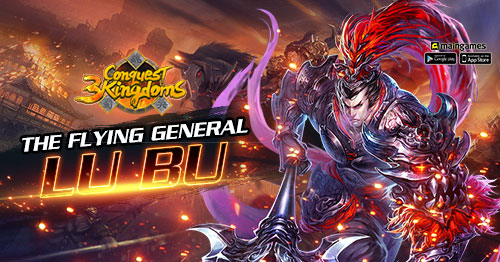 Prepare yourself for the New Update "The Flying General" This update will be held on August 24th, 2018 (1:30 PM GMT+8). There are several updates to improve our game. 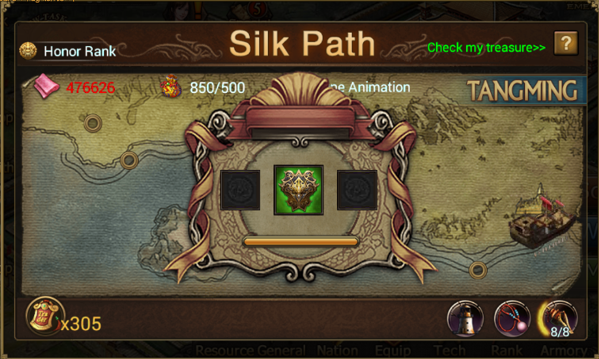 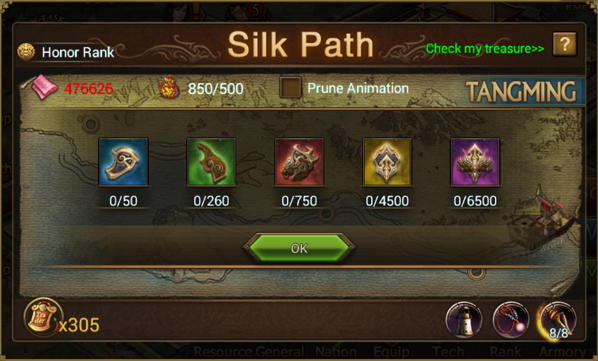 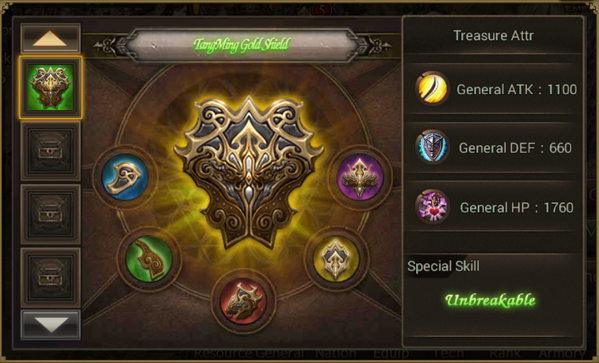 • After completing the treasure repair, will obtain the indestructible effect, and the general can resist 1x damage. 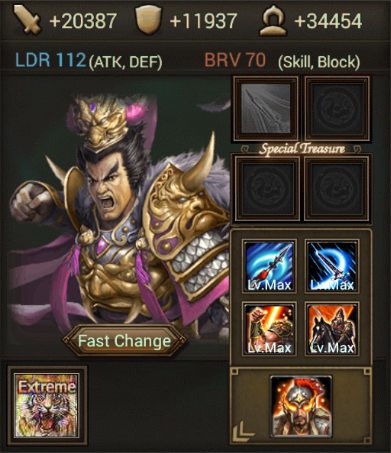 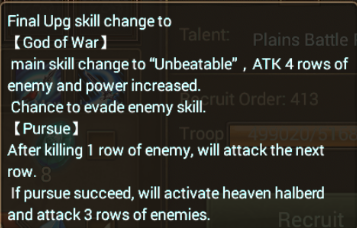 Lu Bu can be awakened, after Zhuge Liang awakening complete 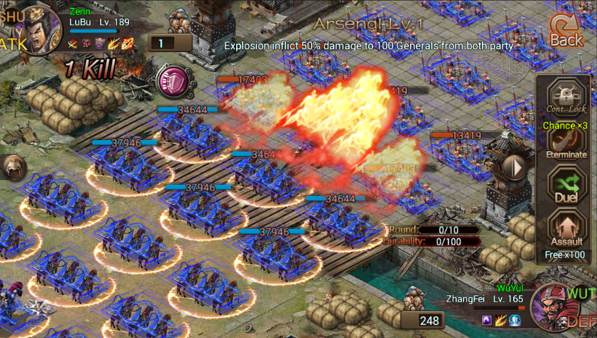 If 1 row go straight to Lubu, the 2nd row will be cut also

If the slash chase kills the 2nd row, then tactical chase will be activate automatically. 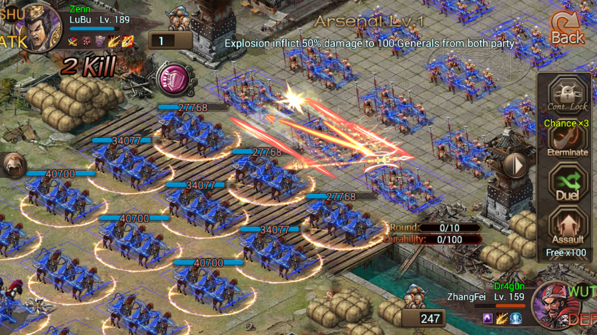 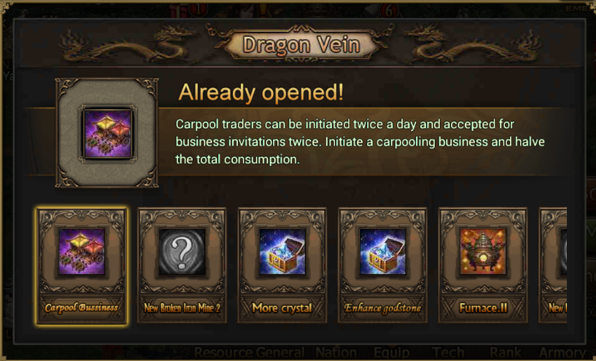 • Research technology [Carpool Trade], After starting the technology, you can start the car sharing twice a day and take two rides 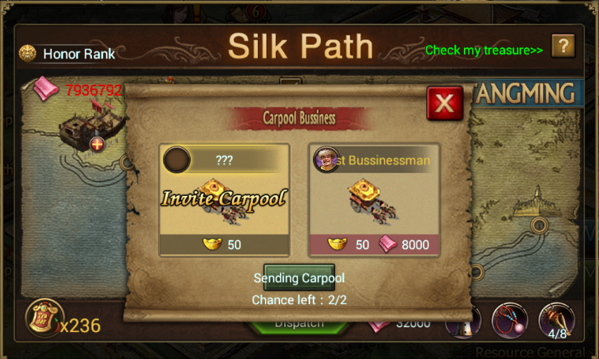 • The initiators can choose to invite the player to carpool, or directly fight with the NPC 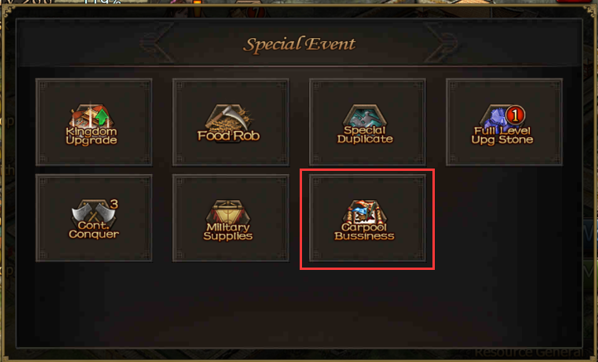 • After issuing a carpool invitation, an invitation will be given to all the players that have the same treasure, deducting the player's gold coins.

After the player accepted the invitation, carpool will start automatically

After choose NPC,carpool will start directly

At the start of the carpooling, the initiators consumes: a small amount of gold and silk (when carpooling with NPC), and when rider participate in the carpooling, consume: the required silk in half

The initiators themselves decide how to go along the silk road

The rider can see the current carpool status 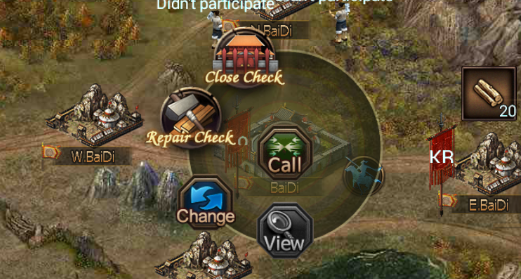 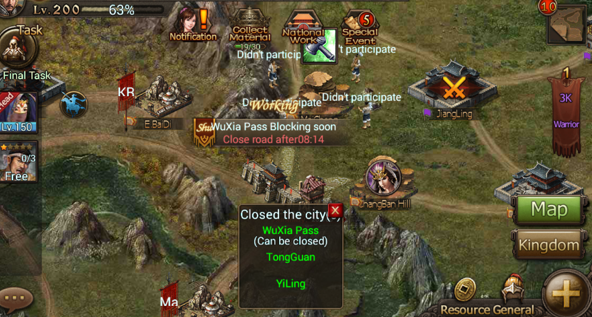 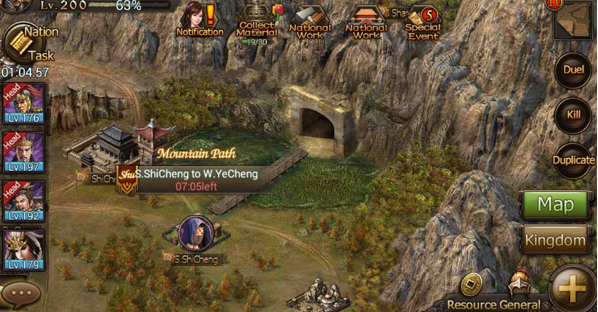 • Initiate: The king and officer can initiate

• Restrictions: Required number of constructions, roads and closed cities must be occupied by their own countries.

• Construction Times: Each person can be blocked once a day, road repair 1x

• Construction Failed: If the city is fall during construction, it will be regarded as a construction failure if it is occupied by other countries.

• Construction Win: After the construction time has passed, the city is still owned by the country, and it is considered to be a successful construction.

• When closed, the pass is inaccessible to all

• After road repair(passage), connect 2 cities, only the country player can pass

• The city changes after successful closing

• The city was closed and peaceful

• The generals of the city returned to the main city

• The shadow of the city lies in the city

• Everyone can no longer move to the city, can't pass

• The city was closed for a firefight

• Shadows from both sides that have not played are temporarily stored in the city.

• After the road successfully built, the city will changed

• Whether the city is in war or peace condition, as long as the ownership doesn’t change when completed, the road will exist and can continue to fight in the city.

The treasure repair part of this game I like the most. Because we can get more speed after repair it. This is the interesting switch of this game. I have no time 4 writing about this game because I am very busy now these days due to my office works. But after complete them, I will write about this game on my all social media pages. Because I like to write and play games.

I saw this game on a streamer once so I wanted to try it on my free time. Looking for a hugely popular as one of the top endless running games out there. Know More

Usually I do not read article on blogs, but I would like to say that this write-up very forced me to try and do so! S20 Ultra Cases