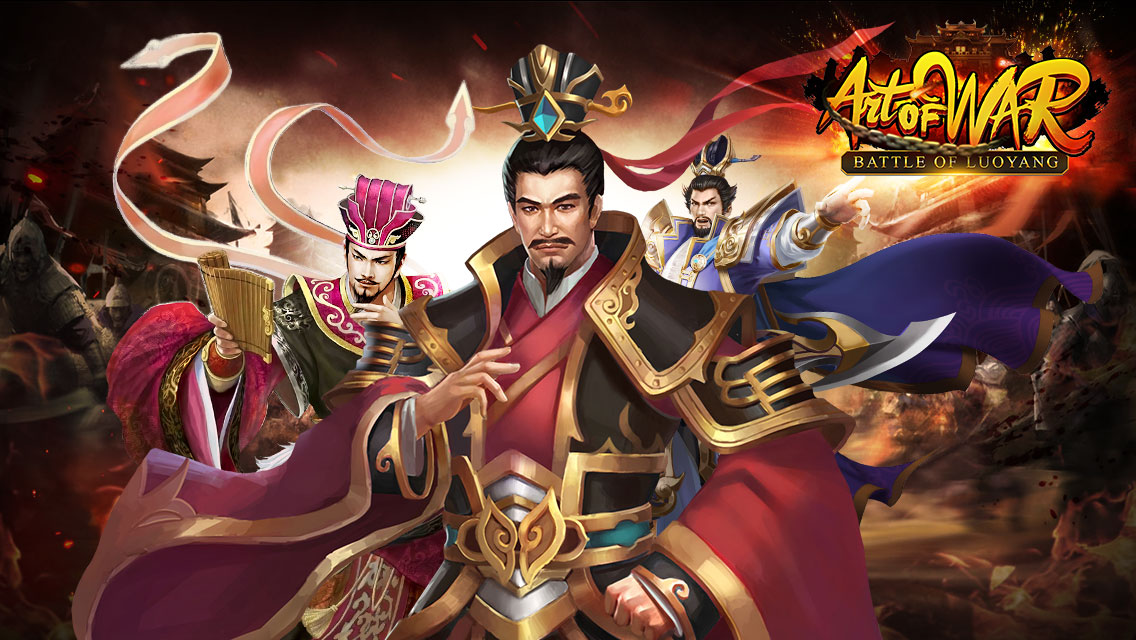 As you know after Battle of Luoyang, the system will automatically go to the next phase which is "New Adventure" (Please check Rule the World). This system will merge other server into 1 main server to bring new enemy or new friend into new world. To make sure all of you understand this system, please take a look this detail description and please read it carefully. 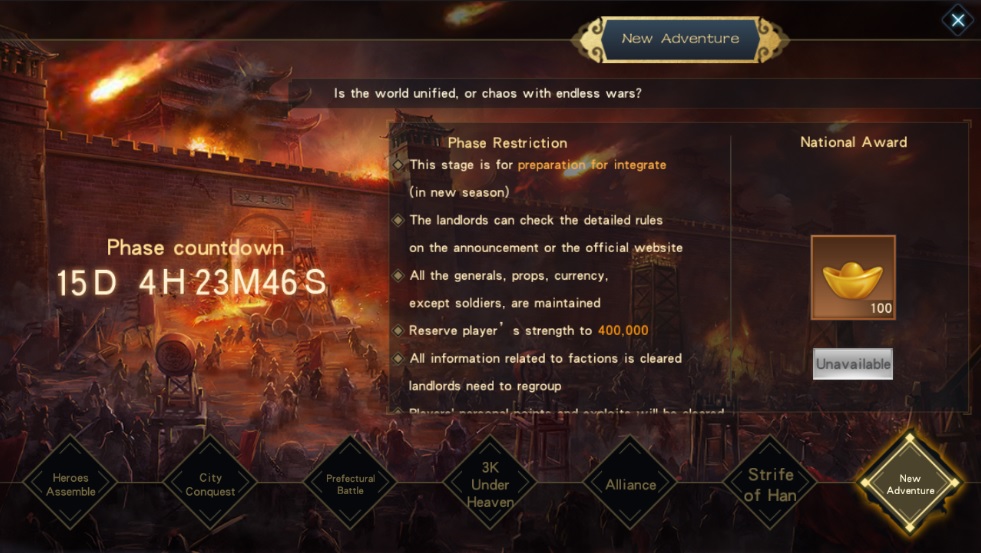 New World
Seasonal Merger Rules
1. After the new season starts, each Lord needs to re-enter and choose their nation
• It’s time to betray your country.

2. All of the player’s items are retained, including jade, ingot, resources, experience, generals, equipment, building level, technology, backpack items, achievements, mission progress, and drill progress.
• Event progression is not saved.
• Growth Fund, VIP Card, Assist Gov’t, Monthly Card will not reset.
• All other data and progression are retained, except for troop number
• Building upgrades, technology research, forging, and foundry time schedules are recommended to be retained.
• Hospital directly removes wounded soldiers.
• Training camp and Hospital, if possible, will be retained.

3. All queued squad will be sent back to the city

5. All mails will be deleted, please claim rewards in advance!

6. If there are 2 or more players with similar character name, the server number will be added after the name (e.g. PlayerName_1).

• Prioritize the remaining surviving troops
• If there are less than 400K surviving troops, all will be retained
• Determine whether the number of casualties > 400k•survivors
•• IF≤，All hospital wounded soldier are retained

8. Faction information removed (Faction EXP, Faction level, Faction Tech, Personal points, Battle Power), Faction members need to regroup again on new journey, you need to enter the game as soon as possible to claim your Faction Name!
According to the rank of faction, each faction member will receive a Faction pack (including Faction EXP, personal points, and power contributions) before the end of the season.
• Different levels will receive different items

10. When the new season starts, you can freely move around the world.
• Need new features, Stage restrictions vary from season to season

11. The city occupation time will be reset in the new season, players need to start occupying each city from the beginning
• Time Reset, need to reoccupy the city

12. Officials will merge servers that have a similar or close opening date.

13. Season awards will be given at the end of the season
• Reward can be seen at our Facebook fanpage
• We will send all the rewards before the maintenance starts and prepare new server

14. 8 days before the start of the new season, officials will announce servers that need to be merged, so everyone will have time for preparation.
• Servers with the latest opening date will get a Gacha event as a reward to compensate for the differences in heroes that they have compared with the older servers.
• After merge, event progression will be reset (No need to save)
• Event needs to go through the season mechanism and needs to adjust the event table, structure, and configuration
Season rewards are as follows: （Grand Hall level above 20 will get a reward, for prevent sub account）

This game really does wonders. I have started playing this game a few days ago and became its fan. This is a really amazing game and I enjoyed my time while playing this game. I must rate purple cv with good remarks. Good job!